Share a memory
Obituary & Services
Tribute Wall
Read more about the life story of Greg and share your memory.

Greg Wesley Bunker, age 55, of Marion and formerly of Mount Gilead, passed away Monday January 2, 2023. On August 3, 1967, Greg was born in Marion the son of Loren Wesley and Delia June (Campbell) Bunker. He was a graduate of Mount Gilead High School, Class of 1986.

As a young boy, Greg always played with trucks and said he was going to be a truck driver when he grew up. He followed through with that dream and drove a semi through the years. He loved being out on the open road driving his truck.

When Greg wasn't in his truck, he liked being on his motorcycle. He collected war memorabilia and was a huge history buff. He spent a lot of time watching the History Channel. He enjoyed snapping photos and was the unofficial family photographer at any gathering.

Greg was a man of faith and knew that God was always with him. He was an outgoing man but often quiet. Free spirited at heart, Greg normally just went with the flow of things. He was a devoted father and awesome papa who constantly spoiled his grandchildren.


Gompf Funeral Service of Cardington is honored to have been chosen to assist the Bunker family with Greg's final wishes and condolences may be expressed at www.gompffh.com. 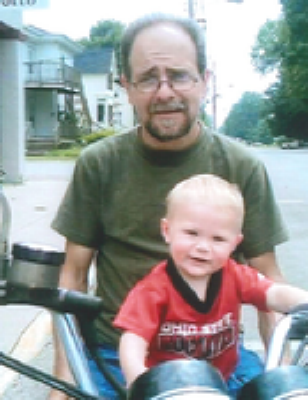