Share a memory
Obituary & Services
Tribute Wall
Read more about the life story of Gerald and share your memory.

Shawn Schoop, 62, of Zanesville Ohio, died peacefully on November 15, 2022, at Genesis Hospital surrounded by family. Shawn was Born December 29, 1959, in Newark Ohio, to Robert and Geraldeen Schoop. He was the second to youngest out 12 siblings.
He married the love of his life Beth Schoop on April 22, 1989, where his oldest son Tyler was part of the package deal as he liked to joke. He is survived by his loving wife; sons Tyler (Leslie) Huber, Davin Schoop, grandchildren Hailey and Hayden Schoop, and Smith Huber. In addition, several brothers, sisters, and too many nephews and nieces to count survive. He tried once but lost count after 19. He is preceded in death by his parents, sister; Kathy Jenkins, brother; Lynn Schoop, and as he said favorite mother-in-law Diane Dingey. Shawn "worked" for Longaberger for 21 years (many would say he talked more than he worked) and held many other odd jobs. He enjoyed being a shade tree mechanic, although he did his best work in the winter. He passed these skills on to his sons with whom he loved camping. Shawn always loved to have fun and joke. He was the life of the party even when there was no party to be had.

Gompf Funeral Service of Cardington is honored to have been chosen to assist the Schoop family with Shawn's final wishes and condolences may be expressed at www.gompffh.com. 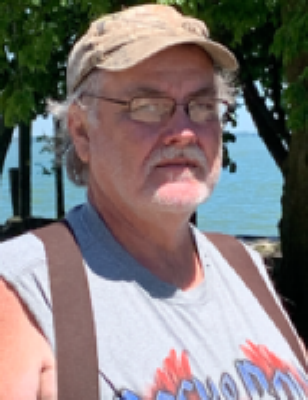