Share a memory
Obituary & Services
Tribute Wall
Read more about the life story of Don and share your memory.

Don Coomer loved "fixing broken things", helping his neighbors & friends, riding his snow mobile, keeping his lawn looking immaculate! And his Ohio State Buckeyes! But most of all he loved his family and friends.

He was born on a family farm near Cardington, Ohio, to Herman & Gladus (Styer) Coomer. Don spent his younger years working hard on the farm with his father and brothers, Gene & Dale.
His love of sports found him as Captain of the Cardington High School Pirates football team (4 years). Co-Captain of the Pirates Basketball team (4 years). He played two years of baseball for the Pirates too.
After graduation from CHS, he joined the staff at the North Electric Company in Galion Ohio. That same year he also enlisted in the US Army National Guard's where he served our country for six years.

In his spare time, Don enjoyed coaching for the Troy Soccer League. Helping his neighbor's "fix things". He was an avid golfer, loved playing volleyball and softball...and listening to music.

After retirement, Don coached the Troy Hawks Volleyball Team (which won several championships) He played for the Troy Trojans Softball Team which won the Oakland County Softball Championship many years. Don's keen interest in golf lead him to playing many golf courses in Michigan, Ohio and several in California. Don was a seasoned snowmobile enthusiast and would ride for hours several days a week when visiting his home away from home in Lakes of the North (Mancelona MI). He enjoyed showing off his 1972 blue Pontiac Firebird, and always drove in the "Dream Cruise" (largest antique car show in the U S) down Woodward Avenue every August.

And oh...did he give the Best HUGS!! His passing leaves an unfillable hole within our family but we will carry him in our hearts each day.

Don was proceeded in death by his parents, Herman & Gladus (Styer) Coomer of Cardington, Ohio. His brother Gene Coomer of Blissfield, MI., His brother Dale & wife Myra Coomer of Marion, OH. His niece Lori Coomer Welty of Perrysville, OH.
The family would like to thank all who lovingly helped us care for Don during the last month and especially the last few days of his wonderful life.

Those wishing to make a memorial contribution are asked to consider donating to the Alzheimer's Research Foundation.

In keeping with his wishes, a gravesite service will be held in June 2023 (date tba) at the Glendale Cemetery in Cardington, Ohio.

Gompf Funeral Service of Cardington is honored to have been chosen to assist the Coomer family with Don's final wishes and condolences may be expressed at www.gompffh.com. 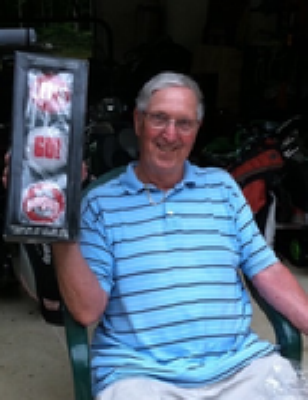